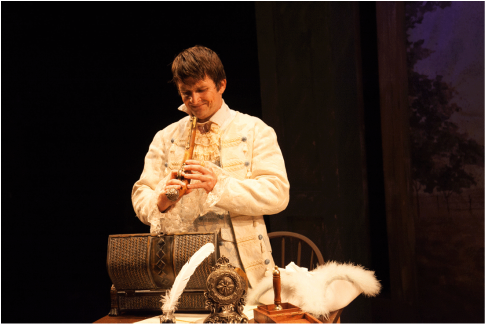 “Stage Left’s cast doesn’t so much bring Jones’ play alive as romp through it with glee, and it’s an absolute joy to behold.” —Peter Thomas Ricci, Chicago Theater Review

“All this provides plenty of chortles, but director Vance Smith and his cast, led by Brian Plocharczyk as the ambivalent Lucidus, aren’t about to let us hide behind the looney-tunes antics, but instead play their archetypes with deadpan solemnity to ensure that the lessons of who embraces violence, who profits therefrom, and who rejects it, are not lost on us.” — Mary Shen Barnidge, Windy City Times